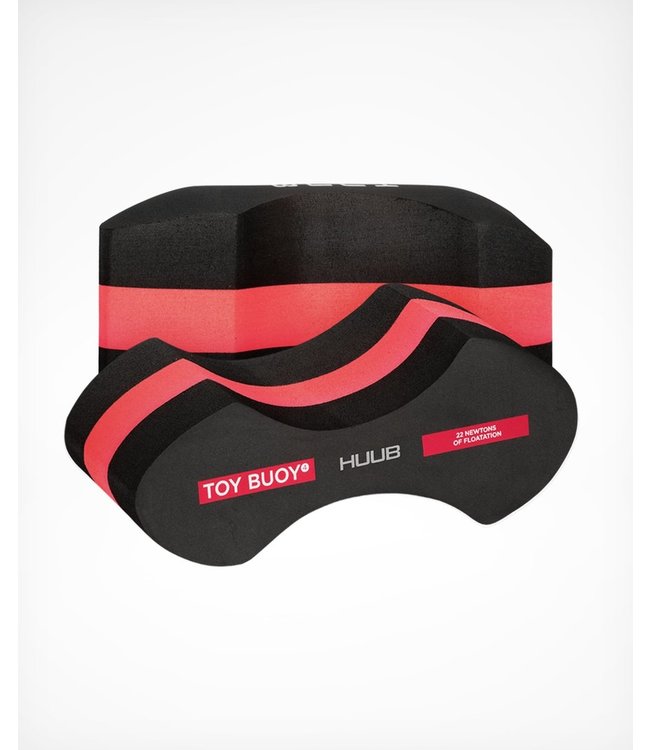 We have improved the original HUUB Toy Buoy to give you more variance in usage through shaping, buoyancy and size. Read more..

We now call it the HUUB Toy Buoy 4, because we have 4 positions of use.

You can now alter between drag loads by utilising hydrodynamic shaping and you can choose buoyancy focus between the legs with two differing size end curves.

HUUB are renowned for thinking outside the square and the HUUB Toy Buoy 4 pull buoy ticks all the right boxes for swimmers. Until now swimmers have basically been offered a one size fits all approach for pull buoys frustrating both swimmers and coaches.

The HUUB Toy Buoy offers 23 newtons, compared to a standard pull buoy that on average is just 17 newtons. For athletes training for wetsuit swims the HUUB Tom buoy is the perfect training partner and allows swimmers to simulate the leg lift offered by HUUB wetsuits.

Given wetsuits and chlorine are not friends, the HUUB Toy Buoy offers a genuine alternative.

0 stars based on 0 reviews

0 stars based on 0 reviews